Carrowkeel Passage Tomb Cemetery is an internationally important complex located in the Bricklieve Mountain, close to Castlebaldwin, County Sligo. It is one of four main megalithic cemeteries in Ireland including Carrowmore, County Sligo; Newgrange, Knowth and Dowth in Bru na Boinne, County Meath and Loughcrew also in County Meath. The cemetery complex consists of fifteen cairns and a megalithic cist.

New dates from antler samples of c. 3,500 B.C. indicate that Carrowkeel Passage Tomb Cemetery is several hundred years before the construction of Newgrange and is associated with the second major phase of passage tomb construction in Ireland. Two stones with megalithic art have been recorded on the North jambstone and adjacent orthostat of Cairn B.

CHH Consulting Engineers were engaged to carry out structural condition surveys on the tombs and determine what remedial actions should be carried out to remediate any damage but also conserve the integrity of the existing structures.

Fourteen of the fifteen cairns are on privately owned land in the Guardianship of the State. The main visitor pressure has been on the cluster of four cairns Sites G, H, K and L nearest the trail. These sites are under serious threat with frequent reports of damage. Access is uncontrolled to these tombs and their interiors. There is an increase in the level of graffiti. Quartz is being removed from around the entrance of these tombs and cairn material is being dislodged. They have suffered structural damage of lintels to chambers. The peat in their vicinity is being badly eroded. 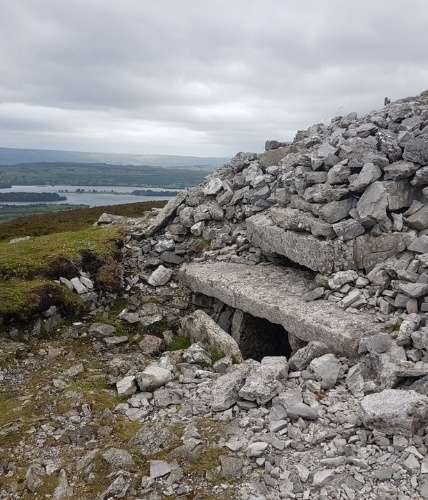 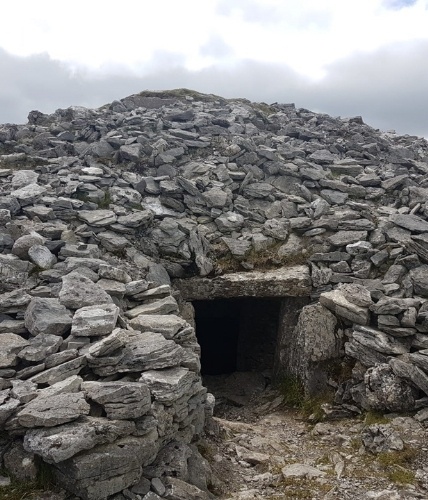 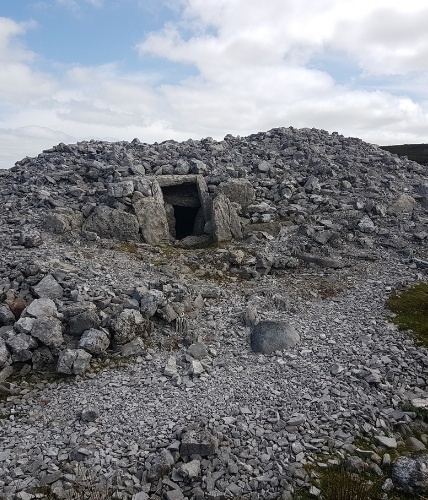 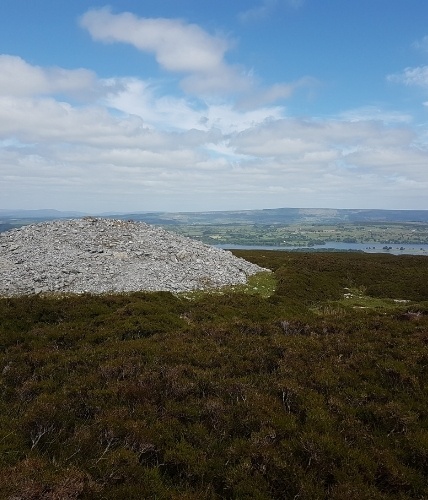